If you think of cemeteries as being eerily quiet places where nothing ever happens then you should plan a visit to one of these sites, where the stories just keep racking up. From strange inscriptions to apparitions, Connecticut’s cemeteries are definitely not somewhere I’d want to be at night. But if you love paranormal exploration you can add these to your bucket list.

This scenic cemetery was founded by PT Barnum, whose grave is now here as well. Legend has it this spot is haunted by the spirits from a Native-American village that was once here, and also a young boy who cries out for his mother. 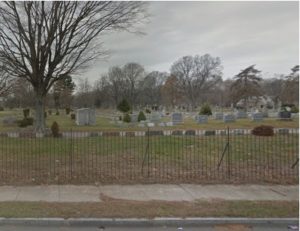 In 1854, tuberculosis wasn’t a thing yet. So when the Ray family got hit with a number of cases, they believed their family was dealing with vampires. Thinking their dead relatives were rising up to feed on them, they excavated their bodies and had them burned… But the stones are still there.

As one of the oldest cemeteries in the state, this place has too many stories to count. Seems like a number of tortured souls are here, as expected from hundreds of years worth of graves.

Also known as Hookman’s, urban legend says that a former groundskeeper with a hook for a hand hung himself on the grounds. You might hear him scratching the hood of your car if you visit at night. 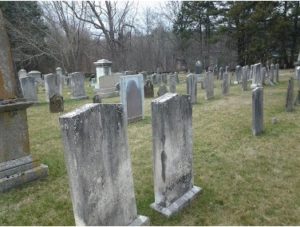 The tomb says it all! Mary Hart haunts this cemetery and curses any nonbelievers who visit her grave. But to believe in this haunting you’d have to believe in witches.

Home of the White Lady, who some claim to even have video footage of. Careful! She jumps out in front of cars driving by, forcing them to stop or worse, run in to something.

Home of the White Lady, who some claim to even have video footage of. Careful! She jumps out in front of cars driving by, forcing them to stop or worse, run in to something.

People have reported the sounds of children playing, chains rattling, moaning, and even names being whispered in your ear. The most unusual is the reported warm spots, since most people associate hauntings with cool spots. Nobody knows specifically who might be haunting this cemetery, but there’s definitely something strange going on.

The Green Lady of Burlington haunts this land, walking the grounds nightly. Supposedly, she arrives as a green mist that transforms into a woman who smirks at you before disappearing. It’s almost like she’s keeping watch for someone.

Also known as Birdsey’s Plain, this cemetery is famous for mists, blobs, and a white lady of its own. Ironically, Ed Warren was laid to rest here so maybe he’ll keep some of the spirits at bay.

Some of these gave me shivers! Will you be braving the night at one of these places, or sticking to daytime visits?

We are pledged to the letter and spirit of U.S. policy for the achievement of equal housing opportunity throughout the Nation. See Equal Housing Opportunity Statement for more information.

Please fill out this form and we will direct your message to the appropriate person.